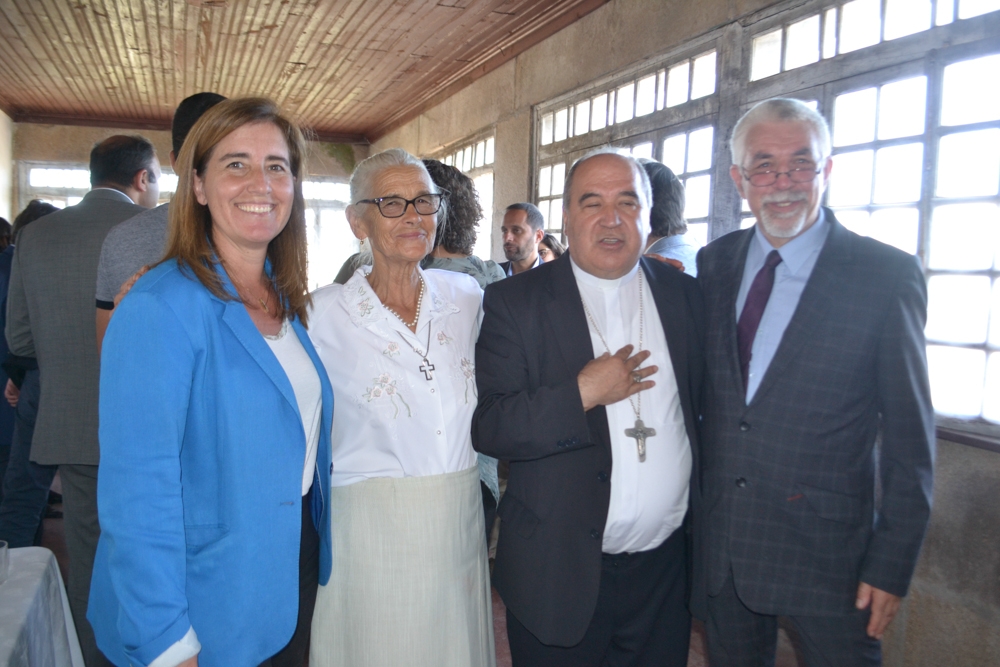 On 29th July 2019, we marked the official commencement of the reconstruction of the Solar de Girões, a 17th century manor house and chapel in Sobral Pichorro, with a traditional ceremony of Placing the First Stone, attended by The Secretary of State for Tourism, Drª Ana Mendes Godinho, the President of the Câmara Municipal of Fornos de Algodres, Dr. Manuel Antonio Fonseca, The Very Reverend Don. Antonio Luciano Costa, Bishop of Viseu, and  other state and public representatives, friends, associates and colleagues.

To mark the event, we placed a “time capsule” in the foundation, containing a range of objects  selected and created by a group of students from Fornos school: Bruna, Diana, Simão, Rodrigo, João & Beatriz. Amongst the objects were selfies and songs on a pen-drive and a podcast in which they spoke directly to future generations about their lives. The assembled guests were also invited to write their own prayer for the future on to a piece of paper, and these were also placed into the capsule.

Secretary of State, Drª Ana Mendes Godinho, gave an enthusiastic speech about  the value of projects such as this one, which will help to bring much needed commercial life back to the interior of Portugal. She thanked the founders of Vale das Lobas for their vision, determination, for wishing to preserve the patrimony, and for taking the risk of investing in a period when there was still no strategy defined for developing tourism in the region. President Manuel Fonseca also thanked the founders for their resilience, and he declared that he was one of the first to believe in this project.

Food and refreshments were prepared by Ana Maria, and her team from the “Centro Dia.” The logistics of the occassion were supported by our construction team and the Cãmara Municipal of Fornos de Algodres. Many villagers also came along, and cheered the Bishop and the Secretary when they arrived. A crew from RTP filmed the event, to be screened on TV soon as a magazine-style news item.

I explained that Vale das Lobas is based on three pillars:

Regenerative Agriculture can mitigate climate change, improve soil health, and revitalise rural communities. We will produce botanical health products, organic olive oil, chestnut flour and fruit products. The vegetables served in the restaurants will be produced on our own farm, using regenerative organic agriculture. We will establish a Biodiversity Park – a sanctuary for nature, run and managed by a local community association.

Ecological Construction: Building with low-impact natural materials, integrating traditional wisdom with innovation; including Compressed Earth Blocks, ecological heating and cooling technology and waste management. We will demonstrate in practice that well-designed, comfortable buildings can be created from natural, organic, local materials, and they don’t have to cost the Earth. 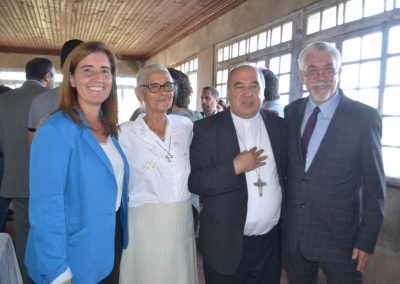 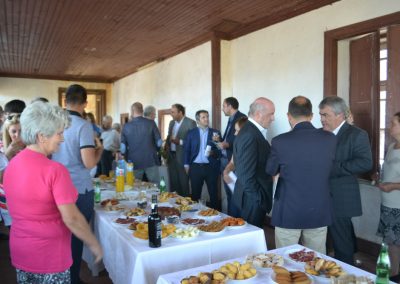 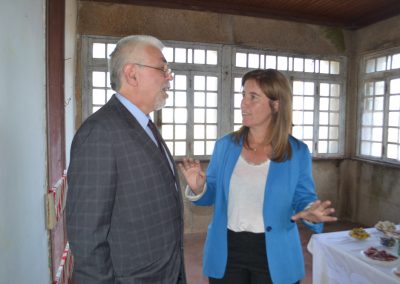